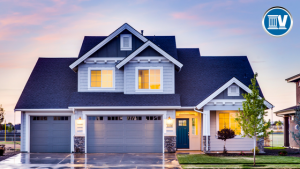 This past July, after seven years of leaving its key interest rate steady at near-historic lows, the Bank of Canada increased its overnight rate by 0.25 percentage points to 0.75 percent. In September, the bank raised it another quarter-point to 1.0 percent amid strong economic growth. While we’re unlikely to see another increase this year, they left the door open to further hikes early in 2018.

The bank released a statement accompanying the September increase, saying that “Recent economic data has been stronger than expected, supporting the bank’s view that growth in Canada is becoming more broadly-based and self-sustaining. There has also been more widespread strength in business investment and in exports. Consumer spending remains robust, underpinned by continued solid employment and income growth. Stronger-than-expected economic performance shows the economy no longer needs as much stimulus.”

Many Canadians are accustomed to cheap debt—as an example, mortgage rates have been falling since the 1980s. Over the next few years, however, we could see a reversal in this trend. The Royal Bank of Canada’s quarterly Housing Trends and Affordability report states, “The days of ultra low interest rates in Canada are over. Back-to-back increases in the overnight rate by the Bank of Canada in June and September made it clear. These increases are just the beginning of a hiking campaign.”

When the Bank of Canada makes changes to its overnight rate, these changes usually get passed on to consumers through corresponding changes in interest rates. A number of ways in which this increase can filter down to loans held by Canadians includes:

In recent years, low mortgage interest rates combined with rising home prices have encouraged Canadians to purchase homes that would normally be beyond their means. While low mortgage rates can be enticing for consumers, as rates increase it makes it more expensive and, as a result, more difficult for existing homeowners to pay their mortgages. When homeowners struggle to pay off their mortgages, it can result in foreclosures.

For new homebuyers, Scotiabank forecasts mortgage carrying costs to increase by about eight percent next year because of rate increases and tougher mortgage rules. That’s almost three times more than the 2.5 percent the bank expects household incomes to rise.

Frances Donald, a senior economist with Manulife Asset Management, suggests in a recent Maclean’s article that “markets that could be most affected are not necessarily Toronto or Vancouver, both popular cities for foreign buyers and speculators who aren’t as fazed by interest rates. Rather, first-time buyers play a much bigger role in the rest of Canada, and they’re more sensitive to interest rates.”

There are some notable differences in types of mortgages:

According to CIBC deputy chief economist Benjamin Tal when speaking to CBC News, “After variable-rate mortgages, Canadian borrowers will feel the Bank of Canada’s interest rate hike most heavily in their lines of credit.”

The higher interest rate first established in July prompted the five banks to increase their prime rate from 2.7 per cent to 2.95 per cent. As explained in the article, “A bank’s prime interest rate gets factored into a variety of loans, from variable-rate mortgages to lines of credit. Bank customers with loans based on the prime rate will see an immediate increase in their interest payments.” The higher borrowing cost may affect consumer spending, forcing consumers to curtail their consumption of goods and services, and purchase less on credit.

How Equity Line of Credit (HELOCs)

Canadians who use their homes as a source of cash by borrowing against their home equity could quickly owe more now that interest rates have risen, as those types of loans are frequently variable rate.

Although credit cards generally charge interest at fixed rates that don’t increase in relation to the Bank of Canada’s overnight rate, this doesn’t mean cardholders should become complacent. If you start missing regular credit card payments (perhaps because the cost of making your other debt payments has increased), some credit card companies will actually raise the interest rate owed on the outstanding balance. A lot of people don’t realize that, and if your rate suddenly goes up 4 or 5 percent, it can lead to a worsening cycle of debt.

Auto loans make up 15 percent of consumer debt. According to RBC economist Laura Cooper in a Global News report, outstanding balances on auto loans have quadrupled in the last decade. As a result, riskier car loans now account for 25 percent of the market and present a potential rise in delinquencies when rates rise. Michael Hatch, chief economist with the Canadian Automobile Dealers Association, suggests, “If interest rates continue to increase and monthly payments become more expensive, it could affect the types of vehicles Canadians purchase.”

Initially, small increases in interest rates may not seem that impactful. However, as rates rise over time and accumulate across various financial points such as your mortgage, line of credit, etc., they can make it difficult to keep up with payments and lead to growing debt.  If you are dealing with unmanageable debt and want to escape the cycle, give 4 Pillars Debt Solutions of Durham a call and learn how to move ahead to a brighter financial future.

Trevor Glasser owns the 4 Pillars Consulting Oshawa, On Office helping people get out of debt  every day.  If you need a free consultation to understand your options please feel free to contact Trevor at 905-243-8765 or www.goodbyedebt.ca.