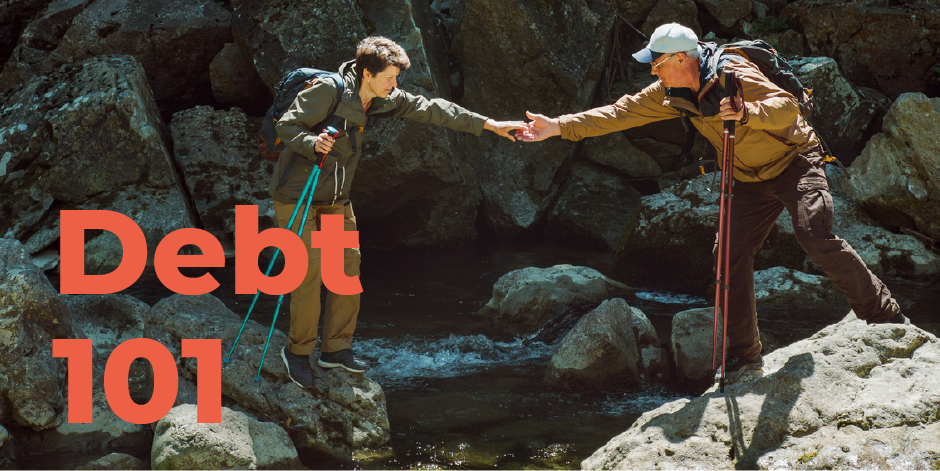 Today, I’ll explain how these two debt reduction methods work in Canada. By the end of the article, you’ll know why you might choose debt consolidation versus going the consumer proposal route.

This information is based on my 20+ years in financial services and what I’ve learned helping restructure debt for families across Canada.

A consumer proposal is essentially an offer you make to all of your unsecured creditors. You usually agree to a single, fixed monthly payment.

You can use a consumer proposal to reduce your debt, making an offer to your creditors. Canadians often choose to use consumer proposals as it means that you’ll only need to pay back a portion of your overall debt.

A consumer proposal is helpful, as you will often only have to pay down a portion of your debt.

So how is a consumer proposal different than debt consolidation?

Debt consolidation is really about increasing your leverage with the primary goal of lowering your interest rate.

Debt consolidation involves the same principle—you are borrowing one big lump sum of money to pay back your smaller loans with higher interest rates. This helps you get out of debt much faster as your new loan will have a much lower interest rate.

The pros and cons of consumer proposals

Let’s look at the advantages of a consumer proposal and then talk about some of the negative sides of using this debt reduction tactic.

Here are the key advantages of a consumer proposal:

The biggest disadvantage of consumer proposals is that they will impact your credit rating and damage your relationship with creditors.

If you’re drowning in debt, your credit rating might be the last thing on your mind.

But it’s a small world out there, so you shouldn’t use a consumer proposal without considering the consequences. Because major creditors are not being paid according to the original terms and conditions of your loan and they are usually accepting less than what they are owed, they may not do business with you in the future.

In addition, the consumer proposal will be reported on your credit report as an R7 for three years from the date it is paid in full.

If you owe a lot of money, this tradeoff tends to make sense. While having a good credit rating is important, it means nothing if you’ll be stuck on a debt treadmill for the next decade.

You must decide if the impact on your credit is worth getting out of debt and agreeing to a more affordable repayment plan with your creditors.

When should you choose debt consolidation?

Debt consolidation usually has no negative impact on your credit rating, unlike a consumer proposal. And you are still paying back your original debt—you’ve just chosen a smarter route with fewer interest payments.

If you want to learn more about debt consolidation, I’ve written a 101 guide here.

When should you choose a consumer proposal?

A consumer proposal might be a better option than debt consolidation if you are in the following situations:

How much does a consumer proposal cost?

A consumer proposal has to be accepted by your creditors (that’s the proposal part).

So your monthly payment—the sum you agree to pay creditors—will depend on a few factors including the total amount of your debts, whether you have a full-time job, your expenses, your assets and length of the proposal agreement.

You’ll also need to pay some legal and administrative fees—it’s a myth that bankruptcy trustees in Canada (now known as Licensed Insolvency Trustees) don’t charge you or make a profit.

Instead, these fees are just bundled up into your overall consumer proposal. But remember, the fees of a trustee are calculated as a percentage of what you pay back.

So given that there are fees—and an impact on my credit—is a consumer proposal worth it?

A consumer proposal is generally a good deal for anyone struggling in debt.

In most cases, consumer proposals can reduce debt by 50 to 80%. Any fees or costs that you might pay to a debt consultant or trustee are easily balanced by an instant relief of financial pressure and the ability to climb back from debt in a few years.

Consumer proposals must be filed by a Licensed Insolvency Trustee—however, the trustee you choose can make a big impact in how much your debt is reduced. In other words, some trustees are better than others and every trustee interprets the bankruptcy act differently. Trustees also have a duty to the creditors and can’t advocate for you—the debtor—to get the best possible settlement.

If you’d like us to help you select a trustee in Canada (we work with a large number of trustees, all that are known to be fair and sympathetic to Canadian families), you can book a free consultation with one of our offices across Canada).

At 4 Pillars, we help Canadians decide whether consumer proposals or debt consolidation are the right options.

We’ll also suggest other alternatives, helping you make an informed decision. Our experts support you through the process of using techniques such as consumer proposals to reduce your debt and then will help you rebuild your financial future.

You can read nearly a thousand reviews of 4 Pillars here including reviews from clients who decided to use consumer proposals and those that didn’t in their debt management plans.

These reviews are verified and collected through the third-party site TrustPilot in order to ensure that they are credible and authentic.

Life after a consumer proposal

At 4 Pillars, we know getting out of debt is only half the battle—the hard work is staying out of debt after you use tactics such as debt consolidation or consumer proposals. That’s why we offer one of the most comprehensive credit rebuilding and financial rehabilitation programs in Canada.

If you use 4 Pillars, you’ll be automatically enrolled in our financial rehabilitation program which offers a faster route to rebuilding strong credit scores and better money management. This program is provided to all 4 Pillars clients. On average, it takes a 4 Pillars client between one and three years to reach a credit score of 650 or higher.

Our plans use multiple pre-approved financial products that in combination create higher credit scores over shorter periods of time.

I’ll end with a few common questions from our readers about consumer proposals.

I am considering getting a consumer proposal. I have been approved and I would have to pay $430 a month for five years. Now my question is this, if I manage to pay the full amount of the proposal let say in three years instead of five, would the R7 in my credit report be removed as soon as the full amount is paid?

Unfortunately, the consumer proposal will report on your credit report for the length of time it takes for you to pay off the proposal plus an additional three years.

But there is a significant benefit in paying it off early and it will accelerate the ability to rebuild credit. That said, you should also minimize the impact on your credit rating with the right credit rebuilding plan (as mentioned earlier).

I’m planning to open a small online business with my wife. Will that affect my ongoing consumer proposal? Will the trustee and the creditors ask for the full amount if I tried to register a small business?

A consumer proposal is a new contract between you and your creditors and as long as you keep paying the proposal as agreed then you cannot be asked to make any additional payments outside of the proposal even if your income increases. There are absolutely no restrictions on you opening a new business.

I have an ok credit score but I would still end up with 9% interest on a $26000 consolidation loan and that wouldn’t cover my student loan, which is around $7000. Any advice would be appreciated.

I don’t think that 9% interest is not a bad rate, but what’s more important than the rate in many cases is the affordability and how long will it take you to pay off your debt.  If making the consolidation loan payment and the student loan payment is going to be difficult you should review all your other options, including a consumer proposal.

One of the key points to remember is that if the student loan is less than seven years since the date of graduation it’s not discharged in a consumer proposal like the other debts.

So this also needs to be carefully considered. I would really book a free consultation with one of our 4 Pillars offices. An expert can sit down with you and help you compare the options.

Our job is to help you decide on the best course of action to reduce your debt and start working towards long-term financial security.

20-year financial veteran Paul Murphy explains the difference between debt consolidation and consumer proposals.  Paul Murphy is the author of Beating the Debt Game and hosts a regular podcast on financial literacy.