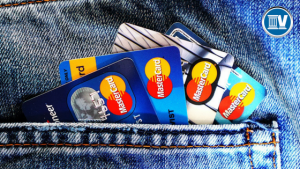 Inflation squeezes those in debt even harder.

September 5, 2018: Today, the Governor Stephen Poloz, released the Bank of Canada’s most recent decision on national interest rates. As expected, he indicated there would not be a rate increase at this time, even while inflation rates continue to hover at the outer edges of their comfort zone in terms of Canada’s economic outlook. Most central banks favour an inflation target that is in the region of 2% to 2.5%. In July, Canada’s inflation rate topped out at 3%, the highest rate we’ve seen since 2011.

The Bank of Canada looks at inflation a little like Goldie Locks’ assessment of the three bears’ beds. Inflation is the rate at which the general level of prices for goods and services is rising and, consequently, the purchasing power of currency is falling. Policy makers try to keep the tension between those two factors tight to adjust our economy’s stability and growth. A little inflation can be good for the economy overall. Too much or too little can lead to consequences. The Governor of the Bank of Canada uses interest rates as a way of trying to keep things “just right”. So far, Mr. Poloz has chosen not to raise Canada’s leading interest rates but advises a number of indicators are being watched closely and another lending rate hike could be in order as soon as October.

What does today’s announcement mean for Canadians carrying high levels of debt?  The answer to that question is not black and white but generally speaking, as inflation rises, cost of living does as well. Gas, food, and general household items all see price increases with inflation. In general, that can be good for the economy because there is more money in circulation. And often wages increase at pace, but usually there is a lag between rising prices and rising wages, and it is not a given across the labour market. For someone already living pay cheque to pay cheque, a rise in inflation can squeeze the vice tighter in the short term.  Many elect to take on more debt in an attempt to remain afloat. Earlier this year, the accounting firm MNP released results of a survey that found 47% of respondents believed they would need to borrow money to cover their bills this year.

The bigger threat to people carrying a lot of debt, however, is higher interest rates, which fiscal policy makers often deploy to control increases in inflation. Raising borrowing rates slows the pace at which people borrow and spend, retracting the amount of money circulating in the economy and cooling costs for consumer goods. While lower costs might be a good thing day to day – the unprecedented number of Canadians carrying high levels of consumer debt – from mortgages to car loans and credit card balances – leaves these individuals desperately vulnerable to rising borrowing rates.  In September 2016, the consumer credit reporting agency TransUnion warned that nearly one million Canadians would be in financial trouble if the interest rate on their total debts, including mortgages, increased by as little as one percentage point.

Should we see a rate increase next month, it could push many balancing on the edge into some very difficult decisions.  Either way, these are tough times for those who have fallen into deep debt.  The time to get your personal debt under control is now.