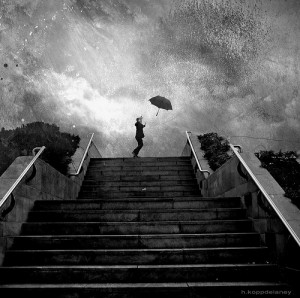 Consumer Debt needs to be an Election Issue. Now.

I’ve been in the business of supporting consumer debtors for nearly 20 years. In that time, I have observed a steady and alarming trend toward rising consumer debt and financial instability.

This week, yet another report was released pointing to what is a true national crisis – a crisis of which no one in government appears to be sufficiently seized.

The most recent survey was in line with several similar surveys and studies produced by others recent years. Once again, the finding is that a substantial number of Canadians live paycheque to paycheque. In most cases, the studies consistently reveal that somewhere in the neighbourhood of half (50!) of all Canadians are living only weeks away from financial disaster! Many draw on credit to make due and according to this study, one third of Canadians have delayed paying off their credit card balances because they can’t afford it. Of even greater, but slightly more distant concern is the finding that nearly 40 percent of us have no retirement savings and will be required to live on government benefits alone. This finding is up 8 percentage points over the previous year – a worrisome sign that things are not improving.

These numbers are staggering on their own – but hardly new information. What should be of concern is what happens next if things don’t change – increasing insolvencies, rising public health cost, lost wages and productivity due to mental health stress, increasing pressure on rental housing are just a few of the outcomes I believe are in our not too distant future if these trends continue. All of this puts our country at greater economic risk.  The Canadian Chamber of Commerce has recently commented on this as well, stating that financial wellness has become a growing concern for Canadian employers. “When employees experience stress about their financial affairs, they may become less engaged and productive, making it harder for organizations to reach their goals”.

Canadians are urgently in need comprehensive, accessible and effective financial literacy. The ability to evaluate and make sound financial decisions is as important to Canadians and Canada as it is for our citizens to be able to read, write and perform mathematics.

Yes. We have a National Financial Literacy Strategy. In place since 2014 – it’s a great start and the lead agency, the Financial Consumer Agency of Canada can absolutely take credit for keeping the agenda moving forward. But the numbers are clearly telling us we need to be doing more. We need to know if what we are doing is effective. And we need to scale up much faster. According to the Fed’s own research, financial education in Canada will benefit from a more systematic approach to measurement and evaluation and a better ability to customize that education to the distinct situations and needs of Canadians. As noted in the FCAC’s Progress Report: Canada’s National Research Plan on Financial Literacy 2016-2018, “currently there is no existing subject specific resources for evaluating financial literacy programs in Canada”. Also, there is still not a lot of coordination among the various organizations and institutions delivering financial education in Canada.

This is an observation 4 Pillars made to the Office of the Superintendent of Bankruptcy earlier this summer when they asked for input into proposed changes to how they provide oversight to financial counselling within the Canadian insolvency process. It is a position we are also actively promoting as one of the founding members of the newly established Canadian Debtors’ Association. Sound financial education is fundamental to achieving a healthy financial future and, like achieving literacy and numeracy, is a basic human right.

We don’t need any more studies confirming what we already know. Given all the research we now have about Canadians financial well-being, or lack thereof, shouldn’t this issue feature far more prominently and urgently within the platforms of those currently running to representing us in Parliament? Maybe it’s time we asked?